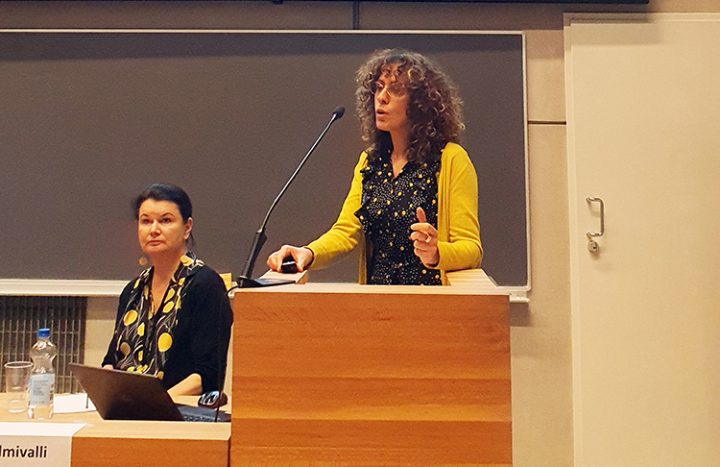 The special session on cyberbullying also marked the opening of the international Workshop on Aggression, which was held under the theme of ‘Prevention of aggression and violence among and against youth’ and gathered around a hundred scholars of aggression around the world.
“All of the Keynote speakers at the workshop are the top of the world in their field and it is really great to have them here”, said Ms. Christina Salmivalli, professor of psychology and deputy head of the INVEST flagship research center at the University of Turku, Finland, and organizer of the conference.

The hybrid session, which was streamed live and attended by around 200 people onsite and around the world, covered the role of the education sector in preventing and addressing cyberbullying. It included presentations by four international experts in bullying and cyberbullying prevention and a panel discussion co-facilitated by representatives from the University of Turku and UNESCO.

The importance of a holistic approach to cyberbullying and bullying prevention

Ms. Salmivali summarized findings from Finland on the relatively low prevalence of cyberbullying compared to offline bullying, and overlap of online and offline bullying and victimization. She clarified that ‘general’ antibullying programs also prevent online bullying. Some conclusions were that we should not ignore the traditional bullying, thinking that it is all online nowadays; being bullied online is a reliable sign that the child is also bullied in other ways, and; it is important to address bullying and cyberbullying holistically rather than trying to prevent or intervene in a specific incident taking a specific form.

Dr. Maria Ttofi, Associate Professor at the Institute of Criminology, University of Cambridge, United Kingdom, also emphasized linkages between offline and online bullying, noting that ‘the most prominent risk factor for online bullying is actually offline bullying’. She summarized findings on the effectiveness of school-based intervention programmes that aim to reduce cyberbullying, based on a thorough systematic meta-analysis of studies using randomized controlled trials and experimental designs. One of the conclusions was that effective interventions included components at different levels: school, classroom, peers, individual students and parents. Most interventions included content for both online and offline bullying and victimization and were effective in preventing both.

The need to involve bystanders in tackling cyberbullying, and the role of social norms and empathy

Dr. Jan Pfetsch, Senior researcher at the Department of Educational Psychology at Technische Universität Berlin, Germany, addressed the role of the audience in cyberbullying and focused especially on normative and affective processes influencing the behavior of cyber-bystanders, also referred to as those who witness cyberbullying but are not part of the bullying.

The bystanders could be supportive to the victim, be passive, or reinforce the cyberbullying. Social norms that are accepted by a group influence how bystanders behave, and bystanders who perceive their friends support the cyberbullying are likely to join in and reinforce it, while prosocial peer norms lead to less cyberbullying behaviours. This is the reason for many effective interventions that aim at strengthening empathy among children, as empathy increases support for victims and reduces acceptance of cyberbullying. 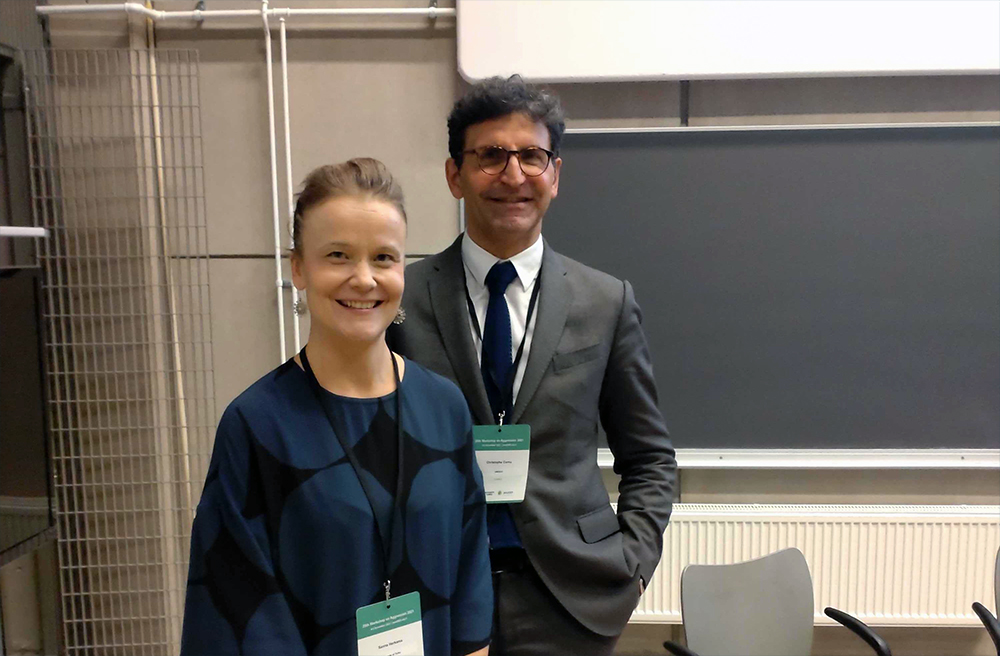 Mr. Patrick Burton, research consultant on the prevention of violence against children, South Africa, explored children’s perception and experiences of online bullying across different regional contexts within the Global South, and the implications for prevention and response within educational settings.
In South Africa, the prevalence of cyberbullying is high. A study revealed that there was a 39% of co-occurrence of cyberbullying with bullying in schools, and a 13% co-occurrence with sexual abuse. Violence and abuse are normalized.

When asked about their experience of cyberbullying, children often refer to any negative experience they had online, whether they occurred occasionally or repeatedly. Teachers and schools in general have the same broad understanding of cyberbullying, which may have an impact on the effectiveness of responses.

Often schools either seemed to ignore the problem, or they took a punitive response such as banning or confiscating phones, punishing children or banning them from schools. These so-called ‘zero tolerance’ approaches offer little to no opportunity to address behaviours or drivers of bullying. Restrictive policies including restrictive parenting show to limit risks of cyberbullying but also risk limiting the development of digital and media skills and consequently digital resilience. This approach also restricts access to information and help-seeking.

Mr. Burton emphasized that embedding universal and indicated interventions into school safety approaches should include first and foremost behavioral interventions and only later technological interventions. They are also more sustainable, particularly in resource-constrained contexts.

Where can I find more information on the topic?

On the picture on top of the page: Christina Salmivalli and Maria Ttofi, picture Dagmar Strohmeier