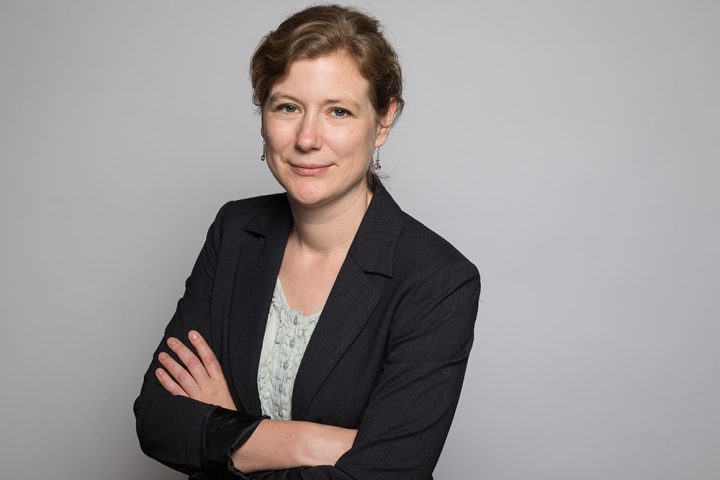 Fasang is a renowned sociologist who has specialised in social inequality and the research of life courses and family demography. She is the Director of the Berlin Graduate School of Social Sciences, one of the Principal Investigators of the Cluster of Excellence SCRIPTS, and a permanent member of WZB Berlin Social Science Center. Fasang is a well-known developer of sequence analysis methods. Fasang is also a member of the INVEST Scientific Advisory Board.

Fasang is a Hungarian and an American citizen but she grew up in Germany. She has done her undergraduate in Munich, her PhD in Bremen and after that she worked as a Postdoctoral Fellow at Yale University in the USA. She has been working as Professor of Microsociology in Berlin since 2015.

As a researcher, Fasang describes herself as a hybrid. “I started more in sociology but then grew into demography. At the University of Turku I have also worked both with sociologist and demographers, which has been really nice,” she says. “With Finnish colleagues the Hungarian-Finnish connection has been an interesting topic also, we have talked at length about the language overlap and so on.”

Strong research connection to the University of Turku and INVEST

Fasang has an interest in the Nordic welfare states, which is how she first came across with Jani Erola and shortly after also with Marika Jalovaara.

“I have two research areas where the co-operation with the University of Turku has been strong and extremely rewarding.

First, my comparative research on life courses and social inequality comes from a tradition of life-course studies that focuses on long term processes for example, what happens in the work and family lives of individuals between the ages of 20 to 40 and how this is related to social inequality in earnings or wealth, among others. This type of detailed quantitative process analysis can only be done comparatively by focusing on a few selected countries that represent ideal types of welfare states. The Finnish welfare state model is particularly interesting as it combines classic elements of the Nordic welfare states with some features, such as the cash for care benefits, or targeting of unemployment benefits that we usually see in conservative or liberal welfare regimes.

Second, we have used the Finnish register data to develop new research designs and methods for longitudinal data analysis that are simply not possible with available data in countries like Germany that do not have comparable register data sources.”

On family demographic topics and the development of methods for longitudinal data analysis she has worked with Marika Jalovaara, Aleksi Karhula, Sanna Kailaheimo-Lönnqvist and Satu Helske, as well as with Erola.

“We used the Finnish register data to look at long-term life-course processes, and then link them between the siblings, between parents and also between in-laws, across generations and between different family members. We also used these possibilities of the Finnish register data to develop some new methods that we simply could not have done with other data. It has been really great to work with my colleagues at Turku. It has allowed me new insights in comparative welfare state and inequality research, and also into fundamental questions of methods development and research designs, which was uniquely possible with the Finnish register data and the broad expertise among the researchers at the University of Turku.”

In addition to the co-operation with INVEST researchers, Fasang is a member of INVEST’s Scientific Advisory Board. INVEST has ambitious goals, but Fasang thinks they are important.

“I think it’s really a fundamental question of contemporary societies, especially those with mature welfare states, how the welfare states can adapt to be financially sustainable and at the same time meet core goals of liberal societies, like equality of opportunity, civil rights, political participation, and security and freedom. How to balance all these goals in times of globalization, technological and demographic change, and shifting national and international political landscapes? I think the goals of INVEST are really important and even if not all of them are perfectly met, learning about them will be a big step forward.

In Germany we have similar large-scale collaborative research projects called “Excellence Clusters” (Fasang is a part of the German Excellence Cluster “Contestations of the Liberal Script” in Berlin), Coming from a German perspective, I’m extremely impressed with INVEST because they bring together an ideal multidisciplinary mix that is not too broad but sufficiently diverse to effectively work together and go beyond what is possible in single disciplines.

I’m also really impressed with the intervention studies and the collaboration with the municipalities. This is something very unique. It will help INVEST to meet its goals and have a broad impact, because there’s a direct bridge to the application of welfare services. The intervention studies are brilliant, because on the one hand they offer great possibilities for basic research and addressing important general questions and on the other hand ensure that some of these interventions will be implemented and exported to other countries.“

Fasang found the work and her role in the Scientific Advisory Board intellectually rewarding and very constructive. “Of course the board’s role is to criticize, but the general tone in the board has been that we are all happy and fascinated to accompany such a large scale and unique research endeavor and we have all learned a lot already. Next to constructive criticism we try to contextualize what INVEST is doing to what’s going on in other countries.”

Fasang is excited, honored and thankful about the Honorary Doctor nomination. She is already looking forward to the Ceremonies in May In Turku. “I will bring my Hungarian father and my 5 year old son. We will take a cruise from Stockholm and have like a little vacation around it. My father is really exited and my son of course is absolutely in awe that his mother will hold a real sword in her hands,” she laughs.

In the end she sends greetings to all in INVEST: “Congratulations to everything that you have already accomplished, keep up the great work and thank you for letting me be part of it!”