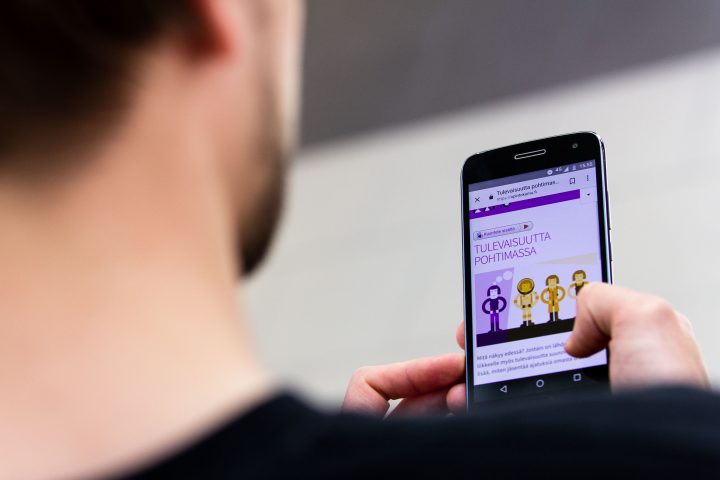 For many students the graduation from vocational education was postponed and the closure of schools made matriculation examinations difficult. Many experienced the changed entrance exam processes as well as the remote entrance exams stressful. Numerous young people lost or didn’t get a summer job, and many stayed unemployed after the graduation instead of entering full time employment as they had planned.

Young people, who had previously needed support, experienced the most difficulties. Many of them said they needed support to find a place of study or a job. These young people should now be provided with the support they need in order for them to find a path to postgraduate studies or working life. The stage after the secondary education is important for attachment to society and well-being.

Graduating in the midst of the corona crisis has been very stressful. More than half of the respondents felt more anxious (52%) and even more felt lonely (59%) than before. Many also felt more exhausted (48%) or more depressed (40%) than before the corona situation.

The survey was aimed at third-year students. Eighty-five percent of the respondents were scheduled to graduate in the spring of 2020. Nearly one in six (16%) of vocational school students and 3% of upper secondary school students said they did not graduate as planned in the spring. One in four (24%) of those who studied in the vocational school reported that the demonstration of professional competence became more difficult, and one in five (19%) reported that the internship had been interrupted.

Many reported losing a summer job (19%) or another job (9%) or they told that their jobs have otherwise decreased (16%) due to corona restrictions. Almost half of the respondents (43%) were not at work at all during the summer. One in three graduates (33%) felt that the coronara situation had reduced employment opportunities and an equal number (34%) did not believe they would be employed in the field they studied at all. More than a third of recent secondary school graduates were still without a plan for the autumn.

Both upper secondary school and vocational school students reported that preparing for entrance exams was difficult and burdensome as the selection criteria, schedules, and conduct of the entrance exam (e.g., remote interview, different types of entrance exams) changed. Communicating about the changes was also described as confusing.

Just over a third (37%) of recent upper secondary school graduates felt that the corona restrictions made it difficult to apply for postgraduate studies. As many as three in four upper secondary school students (75%) said that the corona restrictions had affected the matriculation examination schedule, and nearly half (44%) felt that they had received worse grades or test results than they would have received under normal circumstances.

The importance of support is emphasised in exceptional circumstances, and young people who have already needed support in the past experienced the situation most severely. The results emphasise the importance of teacher relations, student care and youth work during studies and at the stage after upper secondary studies. Many young graduates said they don’t have a place of study or a job for the autumn. It would be important for education providers now to reach out to these young people. They should be offered support to find a path to postgraduate studies or working life.

Early support should also be actively provided to young people who have previously experienced bullying or loneliness. Mental health-related low-threshold services should be further developed and importance should be made that all students maintain contact with the teacher and that they receive support for learning difficulties if necessary.

Locally, it is important to listen to young people who need support and find out what kind of support measures and forms of distance learning they need so that drifting out of studying and working life can be prevented.

Did you graduate in the Corona Spring? – survey was conducted in the summer of 2020 and 5005 young people in the process of graduation answered. The online survey was conducted by the INVEST Psychology research group of the University of Turku in cooperation with the Finnish Upper Secondary School Students ‘Association and the Finnish Vocational School Students’ Association. The survey was funded by the Ministry of Education and Culture. The findings are preliminary and a starting point for more in-depth analyzes.